Home / About Us / Reviews

What Our Clients Say About Us

We first called on Perry Plumbing because we needed a new toilet. Ricardo did a wonderful job, answering all our questions and installing a high-quality toiled carefully. Also, he was very clean and careful in both de-installing the old toilet, and putting in the new one-- removing all the trash and leaving our place tidy, which was appreciated. He also took his time and made sure we were satisfied before he left. Their pricing was fair, for the excellent work and service, and they guarantee their work.

Soon after, we called Perry Plumbing again regarding an urgent matter of another plumber having damaged our bathroom sink pipe and then basically abandoned us with the sink remaining unusable. Because this repair was to be paid by someone else, we allowed them to select a plumber. We were sent several plumbers, each didn't really seem to know what to do, and would leave again. The next one would then escalate the repair, saying that we would need a new whole sink rather than just a small pipe. Then the next would say, well that's true, but also the sink is connected to the cabinet, so you'll need a whole new cabinet, too. It went on like this. Finally, we insisted on calling Perry. Ricardo and his co-worker Raoul saw the urgency, found the right part, and repaired the pipe perfectly. They really helped us out.

This is one of the most complete and effective ways to do a permanent repair to the sewer for a home or business that I have ever seen or heard of. They are one of the best plumbing companies in San Diego and their service is great. I highly recommend this company to everyone who might need a plumbing service done.

Good company got to meet a great plumber named Ricardo customer service is what he was about. Ricardo was clear and upfront with me when he showed up and went to work with Cameron. I had been without gas for 5 days and today was there earliest day they could come out. We had a miscommunication on the time luckily he knew what to do and got the job done with some minor hiccups! I am giving them 5 stars only because Ricardo and Cameron handled buisness. I hope Perry plumbing takes care of Ricardo and Cameron they are MVPs in my book!

What a relief to find a company that is so responsive and organized. Michele was helpful, friendly and nothing was too much trouble. She kept me and my tenant informed at all times. Danny arrived to investigate the problems and gave good instruction on posting notices for water shut off to a building of 16 units. He gave me a firm estimate and came back on the scheduled day to make the repairs. He was very considerate of the flooring, very knowledgeable and professional and my plumbing problems were all taken care of to my total satisfaction. Thank you Perry Plumbing. So pleased I found you. 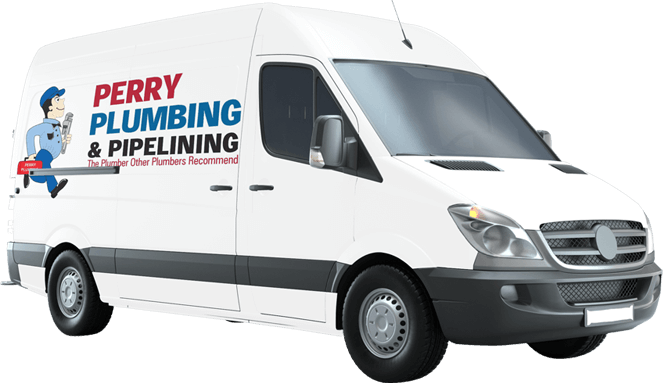 A camera is used to identify where the clog is.

The first step is to clean out all roots by jetting the lines or using pneumatic tools.

Epoxy is poured into a liner that is pulled in place and then inflated to rebuild the pipe’s structure.

A camera is used to make sure the pipe has been fixed. 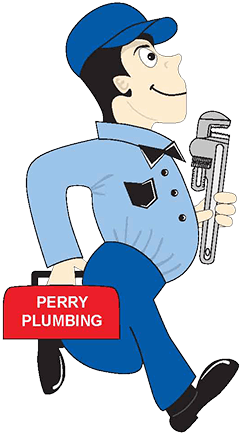